In some industries, securing the adoption of an industry standard that is favorable to one’s own product is an enormous advantage. It can involve marketing efforts that grow more productive the larger the product’s market share. Microsoft’s Windows is an excellent example. The more customers adopt Windows, the more applications are introduced by independent software developers, and the more applications that are introduced the greater the chance for further adoptions.

With other products, the market can quickly exhibit diminishing returns to promotional expenditure, as it becomes saturated. However, with the adoption of new industry standards, or new technology, increasing returns can persist. Microsoft is therefore willing to spend huge amounts on promotion and marketing to gain this advantage and dominate the industry. Many would claim that this is a restrictive practice and that this has justified the recent anti-trust suit against the company.

Microsoft introduced Office 2000, a program that includes Word, Excel, PowerPoint, and Access, to general retail customers in December 1999. It represented a considerable advance over the previous package, Office 97, by allowing much more interaction with the Internet. It also allows easier collaborative work for firms using an intranet. Thus, many larger firms have been willing to buy upgrades and pay the price of around $230.

However, there is limited scope for users to take advantage of these improvements. Office 97 was already so full of features that most customers could not begin to exhaust its possibilities. It has been estimated that with Word97 even adventurous users were unlikely to use more than a quarter of all its capabilities. In this respect, Microsoft is a victim of the law of diminishing returns.4 Smaller businesses and home users may not be too impressed with the further capabilities of Office 2000.

Given the enormous costs of developing upgrades to the package, the question is where does Microsoft go from here. It is speculated that the next version, Office 2003, may incorporate a speech-recognition program, making keyboard and mouse redundant. At the moment such programs require a considerable investment in time and effort from the user to train the computer to interpret their commands accurately, as well as the considerable investment by the software producer in developing the package.

Question No. 1: Is it possible for a firm to experience both increasing and diminishing returns at the same time?

Question No. 2: What other firms, in other industries, might be in similar situations to Microsoft, and in what respects?

Answer: There are many companies that might be facing the same issue because of adding so many features in their product which kind of get mess up for the customer to understand each of the feature, to get used to of the product totally. One of the company is Apple Mobile Phones, they might be facing the same problem as Microsoft is facing, Apple phones are already filled with so many features and applications which most of the users are not really familiar with.

An Android user when tries to use an Apple phone they get totally confused and messed up with the configuration and applications of Apple phones, and on the edge, Apple upgrades their phones every year, which gets more exhausted for a new customer to get used to the function of Apple, that is why it’s been seen in the recent years that only Apple users are the one who buys new Apple version, few are the Android users who buy Apple Phones. So Apple is facing the same issue that Microsoft faced with its products.

Question No. 3: What is the nature of the fixed factor that is causing the law of diminishing returns in Microsoft’s case?

Answer: In the case of Microsoft, the Features and Upgrades that they were implementing could be classified as the fixed factor that was causing the diminishing returns for the firm, because the home users and the small businesses were already very exhausted with so many features that Microsoft was offering in their product like Word, Excel, PowerPoint, etc.

They were not familiar with the features yet and Microsoft made an upgrade in their version of 2000, with a high investment by the firm, that made the users more exhausted and that’s why they didn’t make any positive response for these upgraded features, that’s where the diminishing returns implied to the firm, from here the firm starts to get a decreasing rate of returns because of the not very much positive feedback by the customers.

Now Microsoft is planning to make more upgrades in version 2003, which will be a lame move because the diminishing returns will sustain and this might turn into negative returns, Microsoft has to train the users first in order to make them familiar with current features so that they can make further upgrades in the future and can have increasing returns once again.

Question No. 4: Are there any ways in which Microsoft can reduce the undesirable effects of the law of diminishing returns?

So what Microsoft can do is to make some investment in Training Videos and Sessions in which they can train users to learn all the features of Microsoft for Free of cost, this will attract customers to learn for free plus the diminishing will reduce.

After training all the features all Microsoft, they can then upgrade more features in their later version, which will not be exhausting for the users and they might show a positive response on the upgrades. 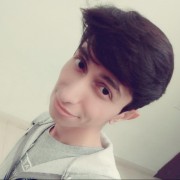 Economies of Scale Explained | Everything You to Know in 2020

How Male and Female Managers Influence Their Own Bosses? Power and Politics in 2020